Manchester United were embarrassed by Manchester City in their Premier League match at Etihad Stadium on Sunday and Harry was “embarrassing” for the red devils  and his failure to provide adequate leadership makes him “worse than Fred”.

According to ex-Leeds striker Noel Whelan, United were completely outclassed and got worse as the match went on as they failed to cope with City’s sparkling play. 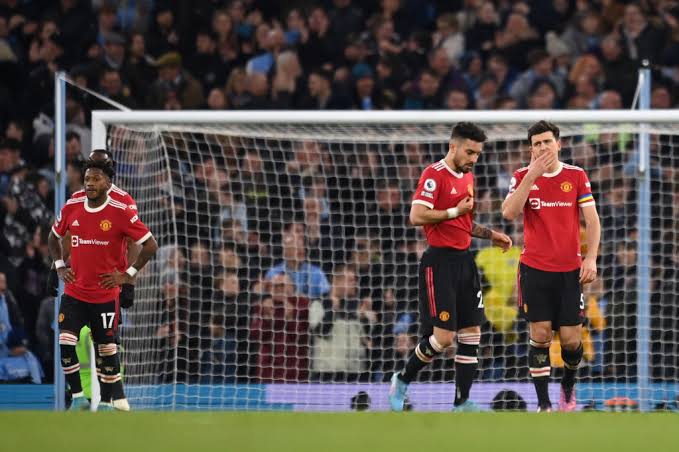 Whelan pointed the finger at captain Maguire, 29, for failing to set the standards of resilience and leadership needed, especially in the absence of the injured Cristiano Ronaldo.

“Maguire was poor and he has been for a long time,” Whelan told Football Insider. “Yes, he’s not the only one but your captain is supposed to set the tone, be a leader and resilient.

“Maguire doesn’t provide that. That makes him worse than Fred in my book.

“Is he fit to wear the shirt and be a United captain? Probably not at this time. For £80million you are expecting so much more, and the fans aren’t getting it.”