Manchester United have targeted Inter Milan right-back Denzel Dumfries as their next signing and are intensifying efforts to sign the Netherlands international, according to Gazzetta dello Sport.

Dumfries just joined the Nerazzurri last summer, following the departure of Achraf Hakimi to PSG. However, Inter Milan are still willing to transfer him in the 2022 window if the right offer comes in.

Dumfries has three years left on his contract, and Inter are demanding at least €40 million. It is uncertain whether the Red Devils are willing to pay that much for the right-back, who can also play as a wing-back. 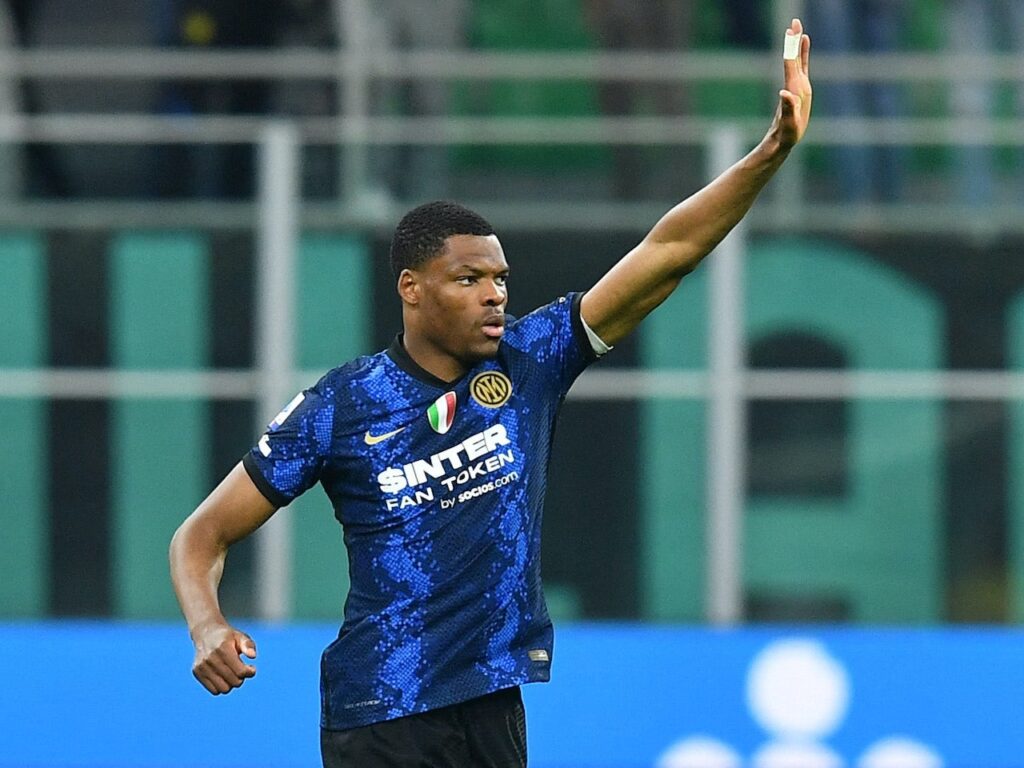 The two right-back possibilities for the Dutch tactician are Diogo Dalot and Aaron Wan-Bissaka, with the latter not featuring prominently in the former Ajax manager’s plans. Wan-Bissaka might so be sold this summer, but the Portuguese could stay at the club beyond that.

Jose Mourinho’s Roma have been linked with a bid for the Englishman, while his former club Crystal Palace are also interested in a loan transfer. Wan-likely Bissaka’s exit would create a vacancy in the position, with ten Hag looking for a top-tier right-back.

To that purpose, Dumfries has emerged as a potential target, with the source now stating that Manchester United are contemplating an offer for the 26-year-old Dutch international.

Dumfries was offered to Chelsea as well, as per the aforementioned report, with Inter trying to include him in a potential deal to sign Romelu Lukaku from the Blues.
However, as things stand, Manchester United are said to be the favourites to sign Dumfries, although it remains to be seen if they are willing to match the Serie A giants’ €40 million asking price.