Manchester United have long been linked with Serbian international Sergej Milinkovic-Savic, and they are interested in getting him back.

According to today’s edition of Corriere dello Sport, the Red Devils were expected to launch a bid for the Lazio midfielder to replace Paul Pogba. 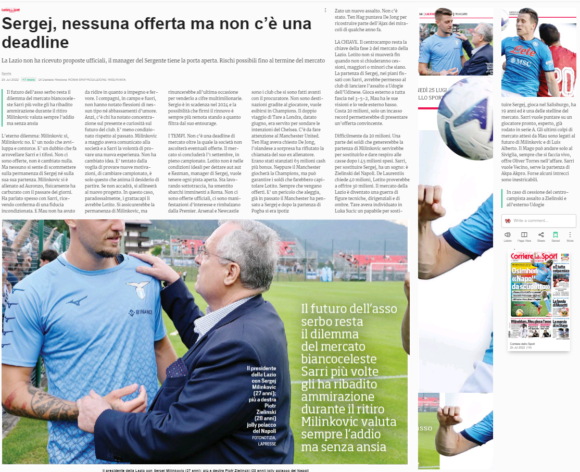 With the arrival of Ten Hag, the emphasis became Frenkie de Jong, who did not respond kindly to his former coach’s summons.

In such a scenario, Man Utd have returned for Milinkovic-Savic and CdS claim that they can agree on a big fee to hire the services of the 27-year-old midfielder.

It is stated that the Old Trafford outfit can guarantee the amount that will make Lazio president, Claudio Lotito, give in and sell his prized asset.

Lotito rates the Serie A star at around £67.7million (80 million euros) but for that price, he has not been able to attract clubs and therefore, he could sell him for a lower amount (La Gazzetta Dello Sport).

Last season, the former Genk player personally contributed to 22 goals for the Biancocelesti in the Italian league, and he has the skills and experience to improve the midfield at Old Trafford. The Serbian told the club in May that he wanted to try something fresh, and his mind hasn’t changed.