Clinton made her senior debut for the Toffees in a 6-0 win over Aston Villa in October 2020. After signing her first professional contract in April 2021, the midfielder scored her first senior goal against Manchester City in the Continental Tyres League Cup just a few months later.

Speaking of her move to the Reds, she said: “I’m delighted to be joining Manchester United at a very exciting time for the club. 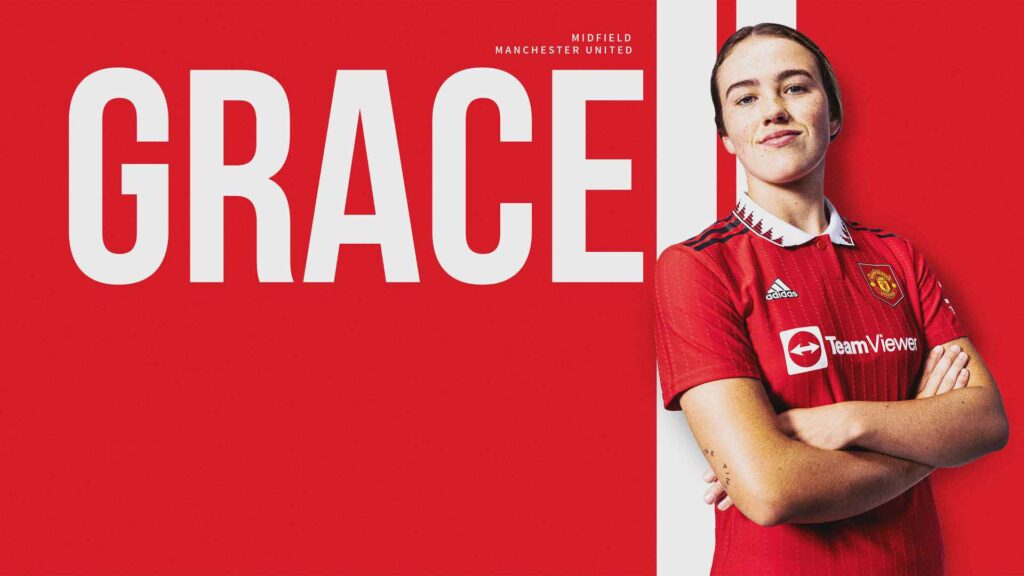 “I have very much enjoyed my time at Everton and will always be grateful for the work they put into developing me as a player.

“When I learned of United’s interest, I was keen to hear about the plans of the club, and after speaking with Marc [Skinner] he made the ambition here very clear to me. “I can’t wait to be part of it all and show my team-mates and the fans what I can do.”

Manager Marc Skinner added “We are excited to welcome Grace into the Manchester United family.

“She will bring invention, creation, and has the personality and resilience required to play for this great football club. “Signing Grace continues to lay the long-term foundations for success at Manchester United Women.”