Manchester United are set to announce the arrival of Tyrell Malacia after the second part of his Old Trafford medical is completed tomorrow, according to transfer guru Fabrizio Romano.

The Feyenoord left-back will be the Red Devils’ first signing after Erik ten Hag was named manager at the conclusion of the last season. Fabrizio Romano has disclosed that contracts for the transfer of Malacia from Feyenoord have already been signed by Manchester United.

According to reports, the five-cap Netherlands international was supposed to arrive in England today afternoon for the initial portion of his physical, with the final exams set for tomorrow morning. 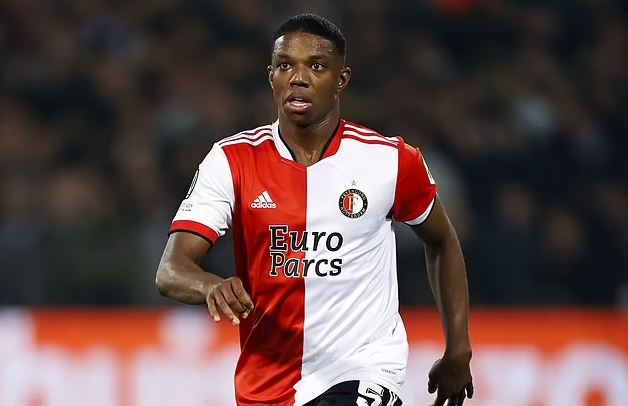 The Premier League team agreed to pay up to £14.6 million to purchase Malacia after the Red Devils and Feyenoord secured a deal earlier in the week.

The 22-year-old initially looked set to join Ligue 1 outfit Lyon after a bid was accepted, but Manchester United gazumped their offer.

READ MORE: Manchester United have agreed a deal to complete the signing of world-class £164,000-per-week star

Malacia was a regular fixture in Feyenoord’s backline last season, with him making 50 appearances and registering six goal contributions in the process.

What has Fabrizio Romano said about Malacia?

Romano is in no doubt that Malacia will be unveiled as a new Manchester United player imminently. The transfer guru understands all of the formalities are complete and the only reason his arrival has yet to be announced is that he still has medical tests to undertake.