Barcelona defender Moussa Wague has secured a loan move away from Camp Nou to sign for Croatian club HNK Gorica on a season-long loan deal, the club have confirmed.

Wague joined Barcelona in the summer of 2018 from Belgian club KAS Eupen. The right-back began his career with Barça’s Atletic side, where he appeared 20 times before moving on to the senior club.

The Senegalese defender joined OGC Nice on loan in January 2020 after leaving the Blaugrana. Wague was loaned out to PAOK in Greece upon his return, however, the stay was cut short due to a major knee injury in late January 2020.

Wague has been out of play for over a year before returning to full fitness in early 2022. He was not, however, involved in any action because he was not registered with Barcelona’s first team or the Atletic side. 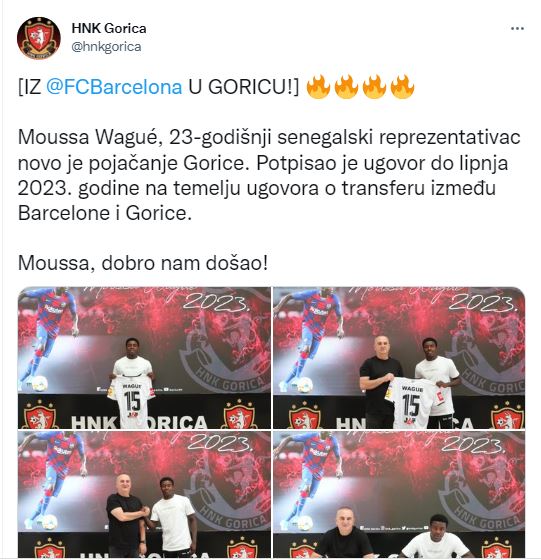 Wague, who has been out of action for 18 months, has been given the opportunity to restart his career with a loan move to Croatia.

Wague’s contract with Barcelona expires in 2023, which means he might become a free agent once his loan with HNK Gorica expires.