Chelsea have officially announced their starting lineup to take on Luton Town in the FA Cup game as they are looking to bounce back from their penalty loss to Jurden Klopp’s Liverpool in the Carabao Cup final.

As confirmed, the blues have several potential fitness issues to monitor ahead of the FA Cup fifth-round meeting with Championship side Luton later today. Hakim Ziyech has been ruled out after failing to recover from an Achilles injury. 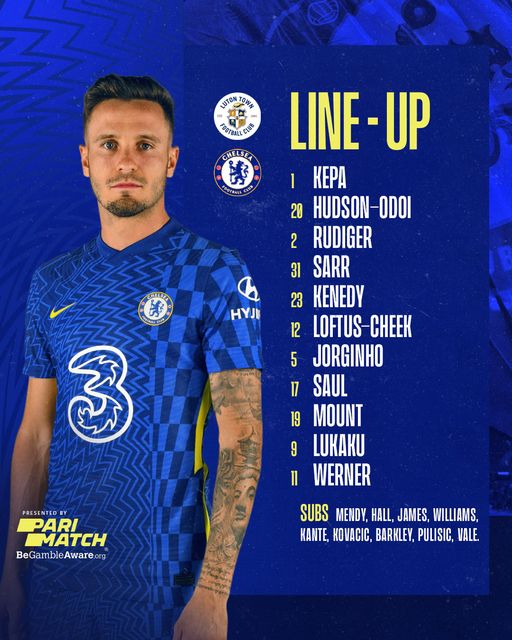