According to De Telegraaf, the player earlier arrived at a private jet terminal to travel to England. He was seen at Amsterdam’s Schiphol airport, at the jet centre, at half past six local time.

According to the report, lawyers from Ajax and Manchester United are still “discussing the final technicalities” of the move, but the player has obtained clearance to fly.

According to De Telegraaf, the defender will get a medical on Saturday morning and will then be able to sign a deal that will last until 2017.

According to the report, the defender will not meet his former Ajax boss, Erik Ten Haag, until Sunday or Monday at the earliest.’

He’ll meet his colleagues at the Red Devils’ training camp in Australia, where they’ll play friendlies against Crystal Palace and Aston Villa next week. 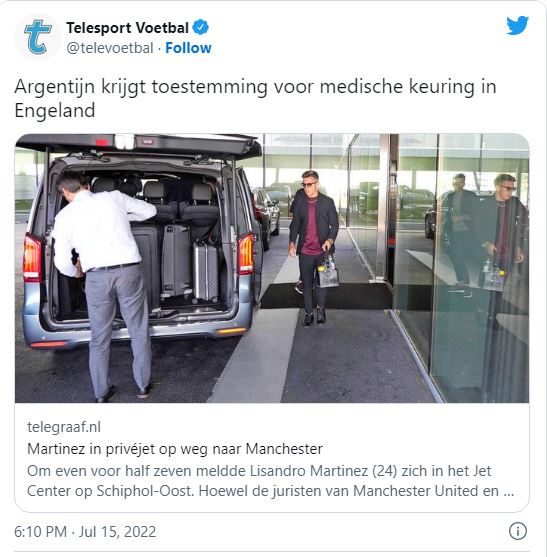